The boys are growing up

Summer and Frankie meet nose to nose for the first time at around 18 months old.  Fascinating behaviour.

Here is a transcript of the moving text inside the video.

These two young male koalas are a similar size and age - around 18 months old.     This is likely the first time they have been this close to another koala besides their mothers.

Notice that Summer settled and then turned his back to Frankie?   This is deliberate.

They are using body language and behaviours to signal to each other that they are not intending to be agressive.

The scratching and grooming behaviour is part of this.   Looking at each other but then turning away immediately is another part of this.

They are high up in a large tree, so any aggression would have to be justified as it would carry a lot of risk.   A young koala falling from here would not survive.

I'm totally enthralled watching them and wondering what moves they are going to make if any.    Summer seems unsure as he changes position often.

Touching noses is a classic koala greeting.    Koalas do everything through smell, so they are finding out a lot about each other through this interaction.     There are some important body language cues here too.

Animals will puff themselves up to try and look bigger when being agressive, or reacting to aggression.    The body language here is all about caution and investigation, rather than aggression.

How fascinating that Summer wanted to get a good nose full of Frankie's budding scent gland.    Frankie is allowing it, but he doesn't seem too pleased with such close contact - this is not something that happens between colony members every day!

They return to similar behaviour to before this contact - partially turning away and grooming themselves.          Until Summer decides it is time to put some distance between them again.      Koalas are very agile when it is time to move about in the trees, being truly arboreal animals.

Notice he checks first to make sure Frankie isn't making any sudden move reactions to him.

After just a little thought, Frankie decides that he should move up higher too.     He looks as though he will scale the adjacent trunk, but soon leaps across to the same one Summer took.

Decisions - what will Frankie do?

OK he decides to leave it be and leaps across to go up the trunk next door.

But Summer decided this was his big chance to really get a good smell of this other koala and here he comes racing up from below!       Notice he tries to reach towards Frankie?    This is not received well, and if you look really closely you will see Frankie raises his lip a little and would have made a low noise of disapproval.     The message gets through loud and clear however. 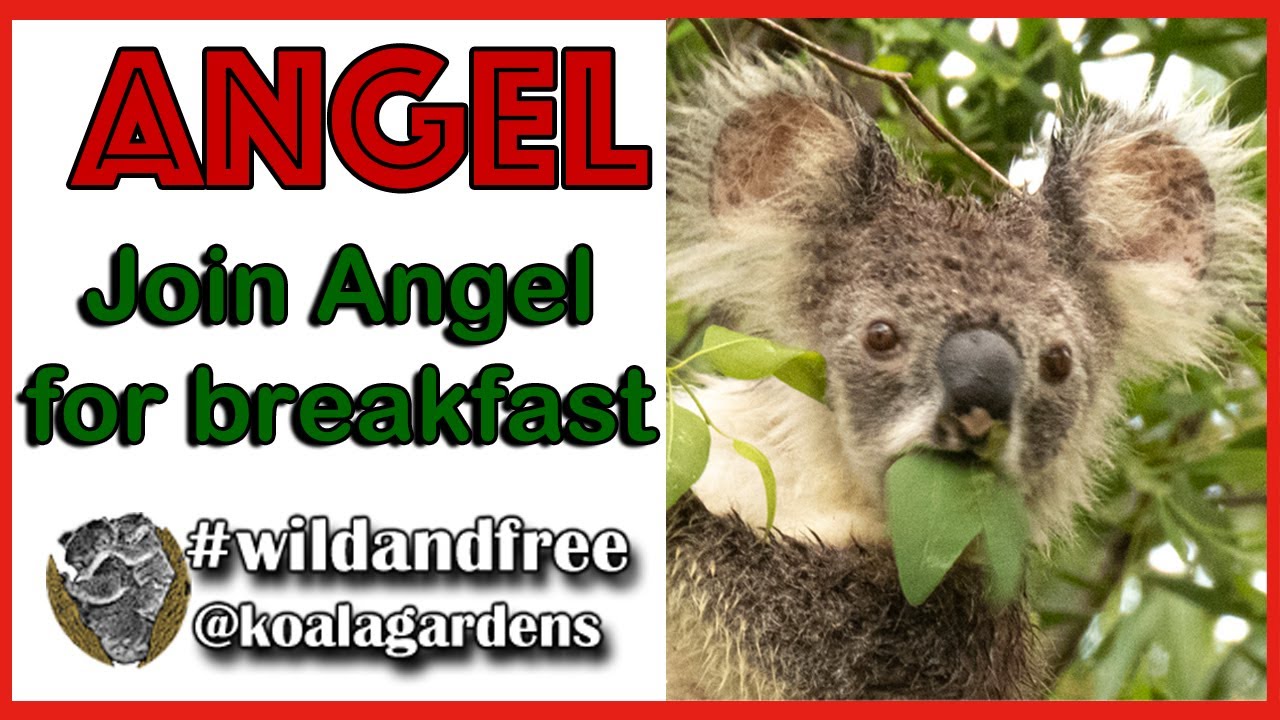 One wet day after the drought – February 2020 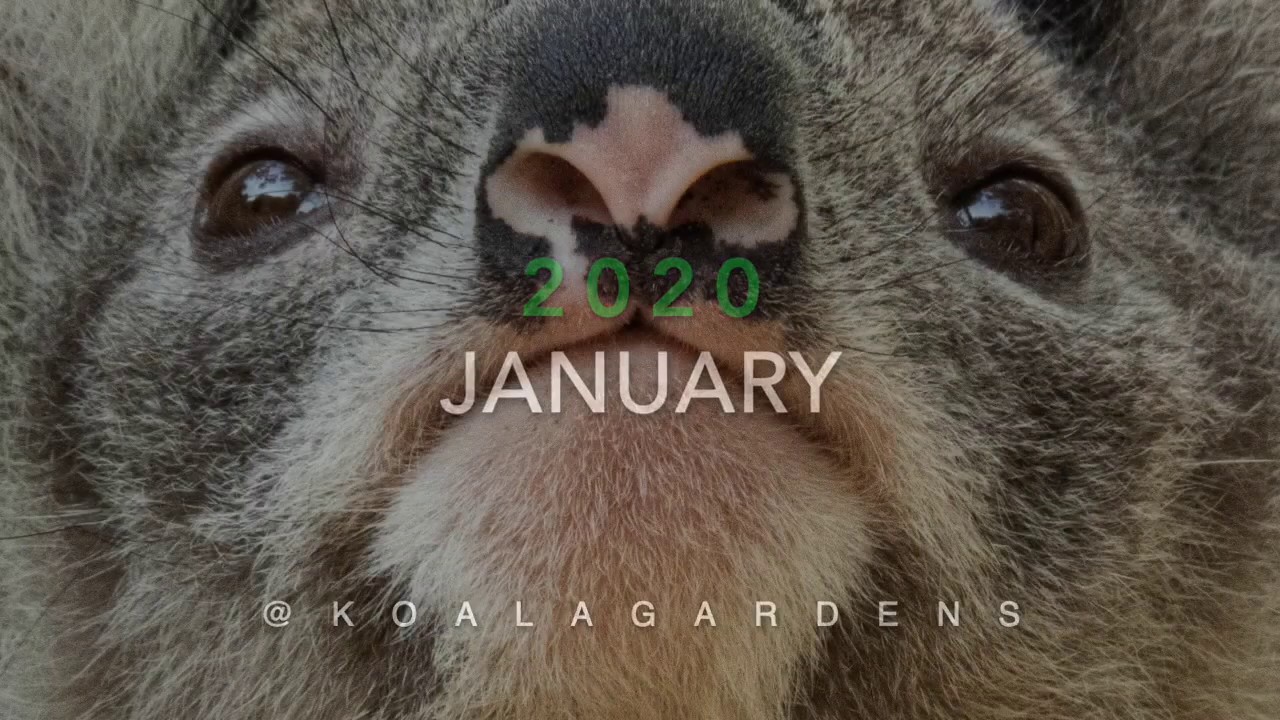 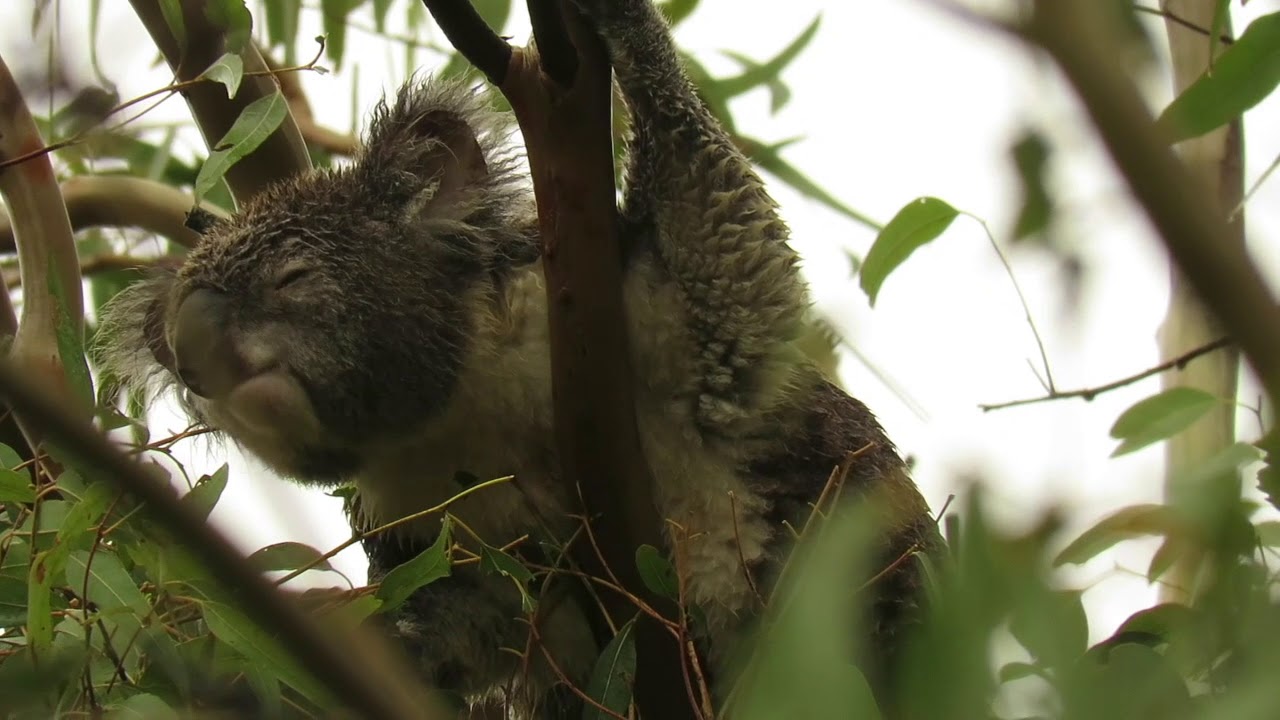